1. What is a Creditors Voluntary Liquidation?

A Creditors Voluntary Liquidation is the formal process an insolvent company is closed. This process is carried out by a Licensed Insolvency Practitioner in an official and professional manner. 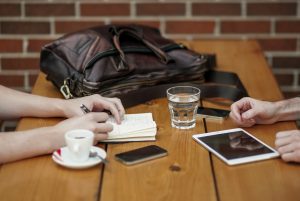 The CVL will bring an end to further enforcement action and correspondence by creditors.

2. So what is an Insolvent Company?

There are two tests of insolvency; the balance sheet test and the cash flow test.

If the company’s balance sheet shows a minus overall balance, then it may be the evidence of insolvency. In other words, it owes more than it owns.

Does the company have enough cash to pay its creditors when the debt is due? If the company is not able to pay when it is due, then this can be evidence of insolvency.

5. Is my Company Insolvent?

Failure of either the “Balance Sheet Test” or “The Cash Flow Test” can indicate company insolvency. Insolvency Law allows for an insolvent company to be closed legally. Creditors can be left unpaid or paid in part or in full. It’s not great for the creditor but that’s the law.

A company can go into CVL if its members pass a special resolution for its winding up, with a majority of at least 75%. The members then select an insolvency practitioner to act as liquidator. The liquidation commences on the passing of the resolution. After its members resolve to wind it up, the company’s creditors may nominate a person to be a liquidator.

Since 6 April 2017 there are no longer physical meeting of creditors to appoint a liquidator. A liquidator is now appointed under section 100 of the Insolvency Act 1986 and rule 6.14 of the IR 2016.

The directors provide a notice to creditors seeking their decision on the nomination of the liquidator is via a deemed consent procedure or a virtual meeting. The notice must contain the information required in rule 6.14(8) of the IR 2016 and rules 15.7 (deemed consent) and 15.8 (notices to creditors of decision procedure) of the IR 2016. The decision on the confirmation must be no earlier than three business days after the notice is delivered and no later than 14 days after the resolution is passed to wind up the company.

Creditors may also request a physical meeting if more than 10% of the value of creditors request a meeting or at least 10 creditors.

7. Can I start another company after a Creditors Voluntary Liquidation?

Firstly, there is no instant ban on director of an insolvent company being a director again.

You are also able to buy the assets and trade of the insolvent company from the Liquidator at an agreed market value.

It is even possible to re-use a former trading style or name of the insolvent company providing the correct procedure is followed.

8. Will I be disqualified as a director in a CVL?

Not necessarily. The decision on disqualification is not decided by the Insolvency Practitioner.

This is reviewed by a Government department and if honest, disqualification is not the normal outcome. Disqualification usually occurs in extreme cases of unfit directors conduct.

9. Are directors personally liable for the company losses?

No. If a director has made a personal guarantee to a company creditor/s then they may be called to pay this under their guarantee.

On occasions if the director has acted in breach of the insolvency legislation then they may face fines or orders to repay monies to the company.

10. How much does it cost for the liquidation procedure?

The initial consultation is free of charge.

Each Creditors Voluntary Liquidation is different due to the complexity of the closure but as a rule it will cost from £2,500. This would hopefully be paid for from the sale or collection of the company assets.

CVL’s – The next step

This website uses cookies to improve your experience. We'll assume you're ok with this, but you can opt-out if you wish Accept Read More